Vicky makes posho in her hut. The scar on the right arm is a bullet wound during a battle in the frontline when she was 19 years old. She was abducted when she was 12 years old in Lamwo District and was assigned to a captain and started a one-month military training the next day. The captain's first wife ran away, so she was the only wife for him at that time. But he had 14 wives by the time she escaped after staying in the bush for nine years. She gave birth to two daughters in the bush and escaped with them while eating the ants' hill on the ground. 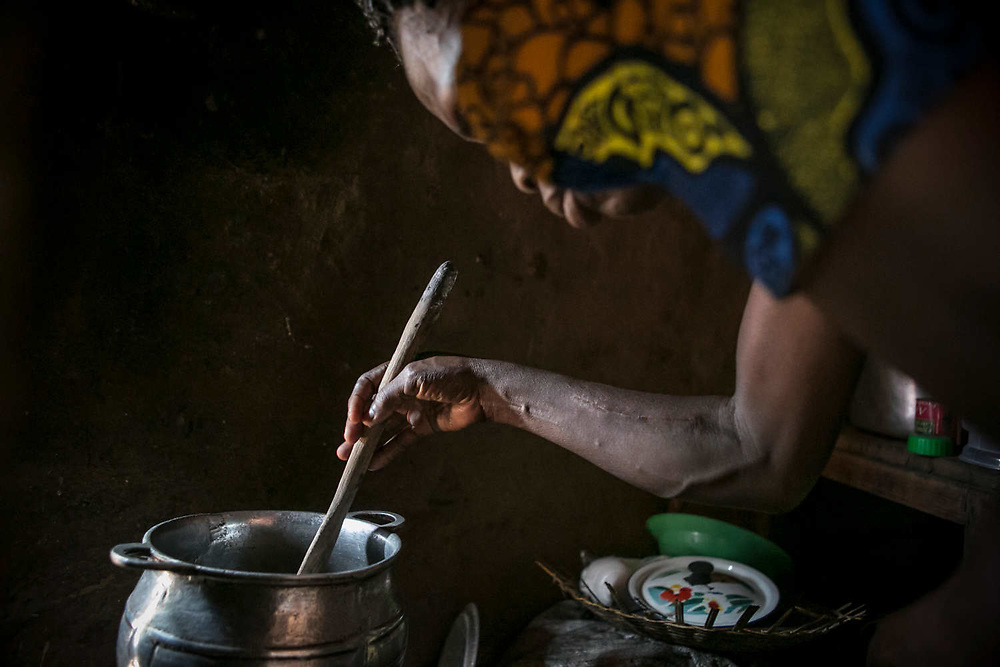