Prossy holds an eight-months-old boy and a daughter who was born from different husbands. Prossy, a former girl soldier and sex slave, was abducted when she was nine years old in a village in Pade. When she was 12 years old, she was assigned to a captain who had eight wives. She also fought in the frontline and gave birth to a boy with a captain, spending ten years in the bush. She escaped in 2004, but found out both of her parents have died. Her father was shot by the LRA. She now lives with four children making bags and stuffed animals. 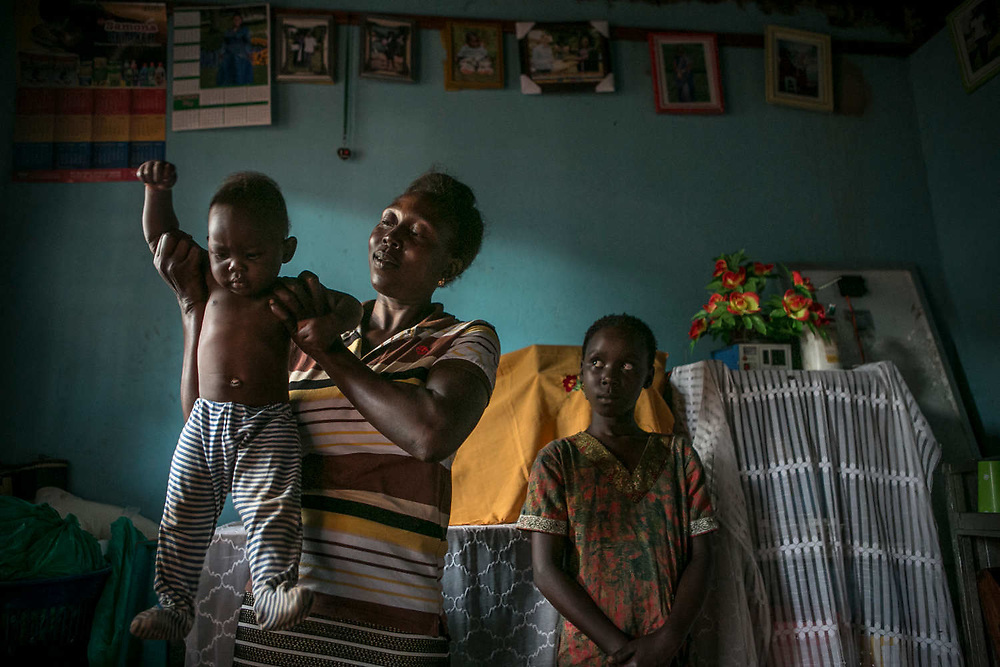