Aciro Scolvia, a former sex slave of LRA, stands in front of her parents' grave in the backyard of her home in Gulu. She said her mother died of frustration and the father died five years after she returned home from abduction. She was abducted by LRA forces in the middle of the night when she was13 years old at St. Mary's school and was assigned to a commander six months later. She became the third wife and gave birth to three children with the commander, who had at least 13 children from three wives, including her. Scolvia stayed 9 or 10 years in the bush and escaped. 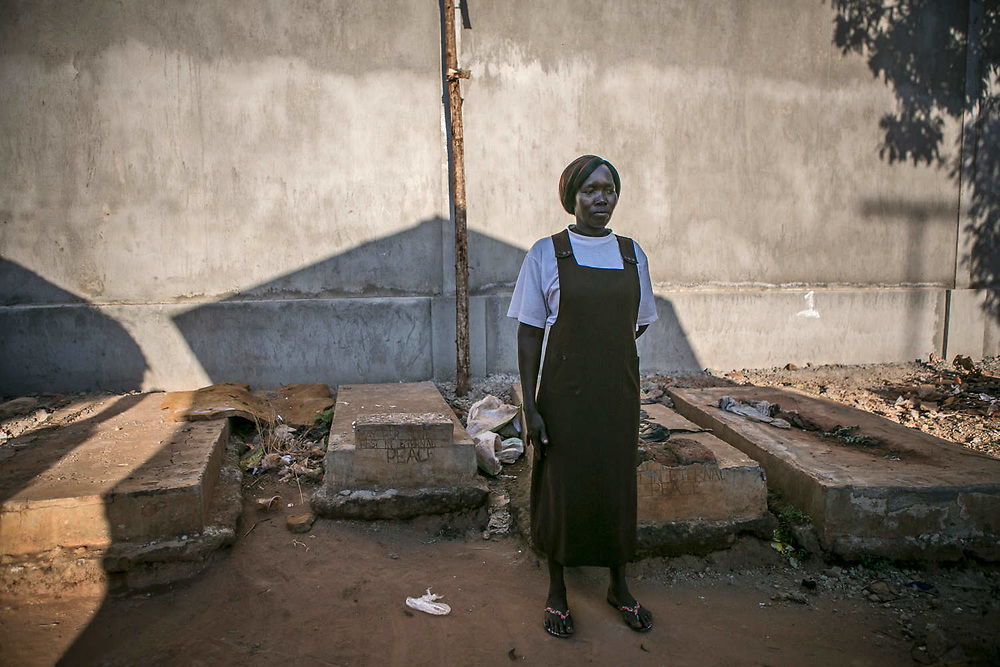