Aisha BG, 28, puts on a burqa before her afternoon prayer as her daughter, Hawa, looks on, in her rented mud house in the outskirts of Maiduguri, Nigeria, April 29, 2019. When Boko Haram attacked her village in Bama Local Government in 2014, they killed her husband and kidnapped two children. She walked to the Sambisa Forest to save her children, but ended up getting married to a commander for survival. Two and half years later, she was joined by her children as the commander died and she refused to marry another fighter by claiming she had contracted HIV. She is pregnant again with a member of civilian joint task force; however, she refused to marry him and he has disappeared. She expects to give birth in June. 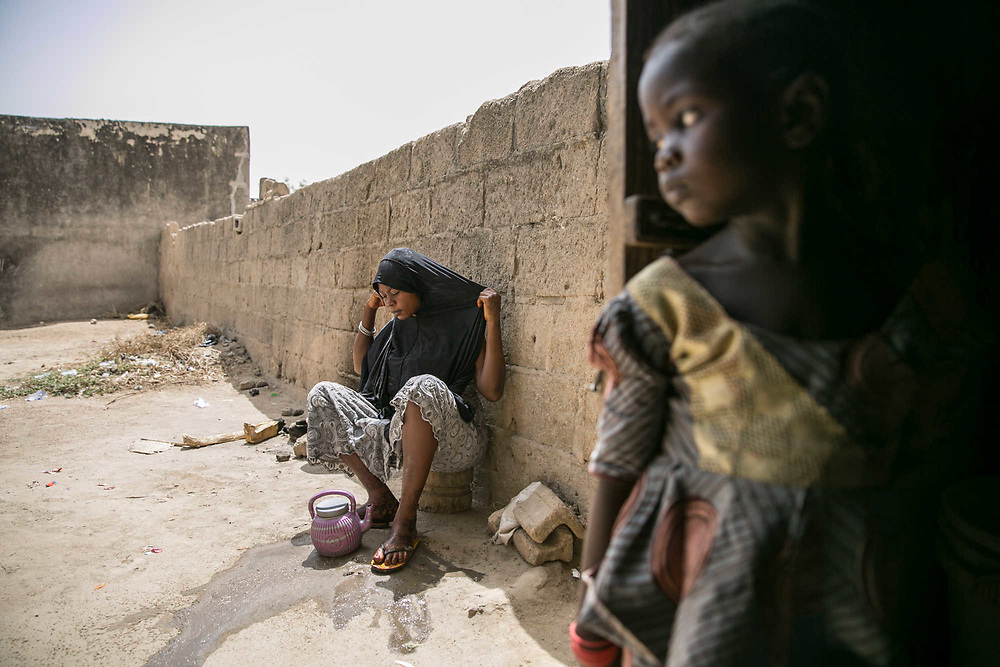