Aisha A, 28, foreground, prays in her tent as her roommate, Fatima, left, lies on a mattress in an IDP camp, Maiduguri, Nigeria, April 26, 2019. Aisha was abducted by seven BH fighters in Gwoza Local Government in 2014. After she was taken to a commander's house, she was raped by him and became the fourth wife. She stayed in his home for a year and eight months, but did not get pregnant. Aisha got pregnant by an IDP man in the same camp with whom she married, and gave birth to a boy a day after this photo was taken. Also pregnant, Fatima was abducted by BH fighters when she was 15 years old. She was forced to marry a commander and gave birth to a son in 2017 whom she left in the forest. She realized she was pregnant again after escaped. Fatima gave birth to a boy ten days after this photo was taken. 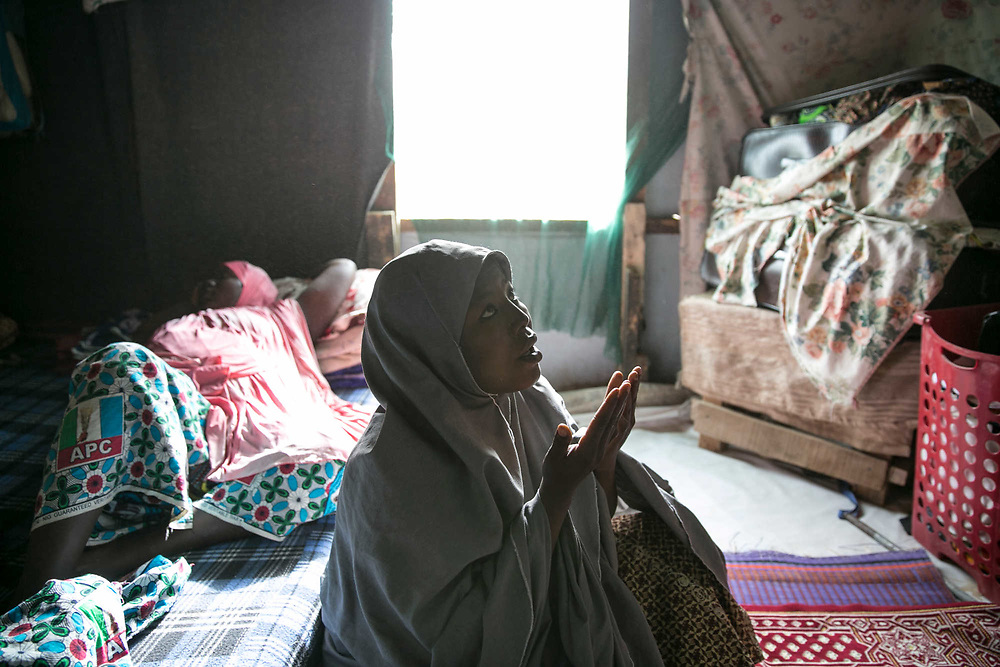