Ajedde, 30, lies down on the floor as she holds a mobile phone inside a communal building at an IDP camp in Maiduguri, Nigeria, April 30, 2019. Ajedde was abducted by Boko Haram in Gwoza Local Government in 2014, and was forced to marry a fighter who already had two wives. He was killed on the frontline, and the BH forced her to remarry another fighter. As she refused, the BH told her to become a suicide bomber. They put a bomb belt around her and took her to Maiduguri. She then submitted herself to Nigerian soldiers. She gave birth to a daughter in the forest, who later reunited with her, and now is living with her in the camp. 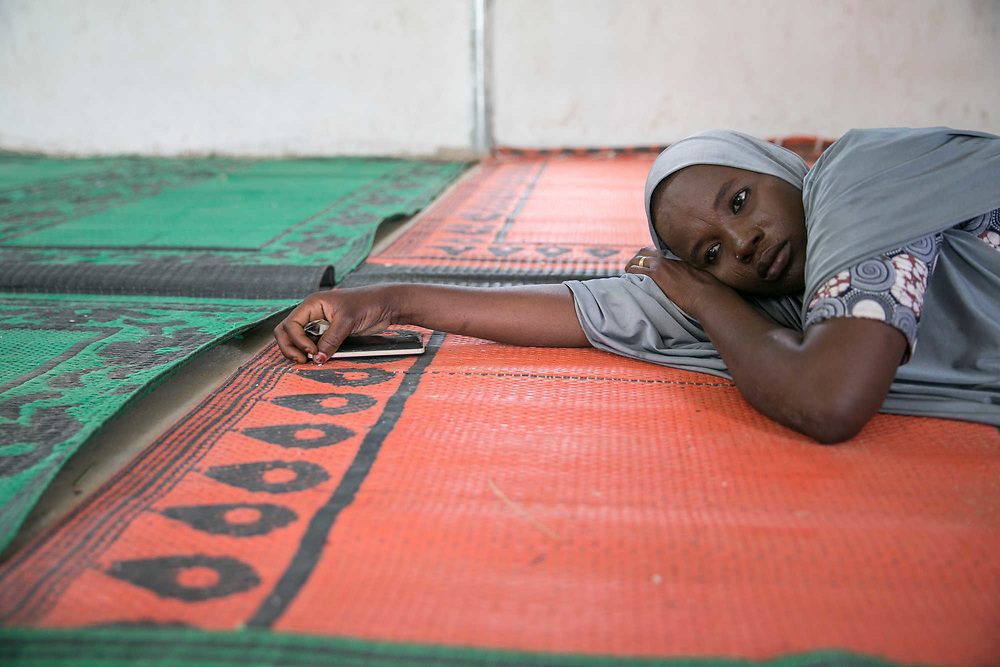