Abalo Margaret, 38, a former girl soldier and sex slave, holds a mock AK-47 as she awaits her group's turn to show a skit at a women's event in Gulu. She was abducted when she was ten years old in Lamogi village then was assigned to a captain two years later. The captain had nine wives including her. She said the captain placed the tip of the AK-47 under her chin when violating her. She stayed in the bush for three years and gave birth to one child. She now lives with five children selling small vegetables in Gulu. 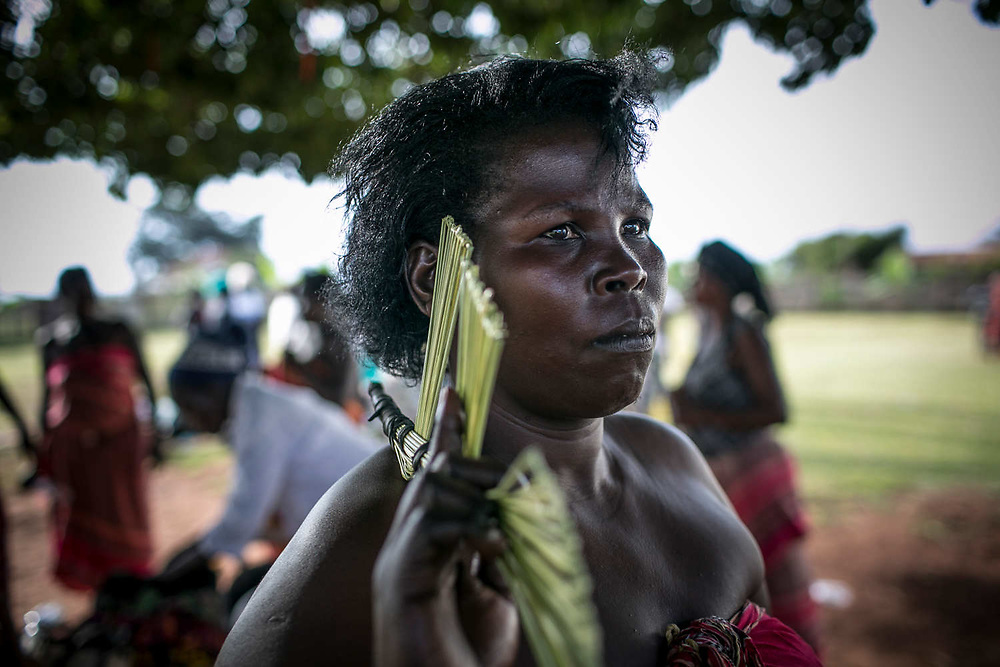