A memorial for the 2004 Lukodi massacre stands in the grass plot as about sixty villagers' dead bodies are buried underneath it in Northern Uganda. The rebel movement began by Joseph Kony's Lord's Resistance Army (LRA) that started in 1987 killed more than 100,000 civilians and abducted between 60,000 and 100,000 children until 2009, mostly Acholi people. Among the children, girls were used as soldiers and sex slaves of their commanders. Many of them escaped or were freed by LRA, but still live in poverty with children who were born in the bush and by new husbands. 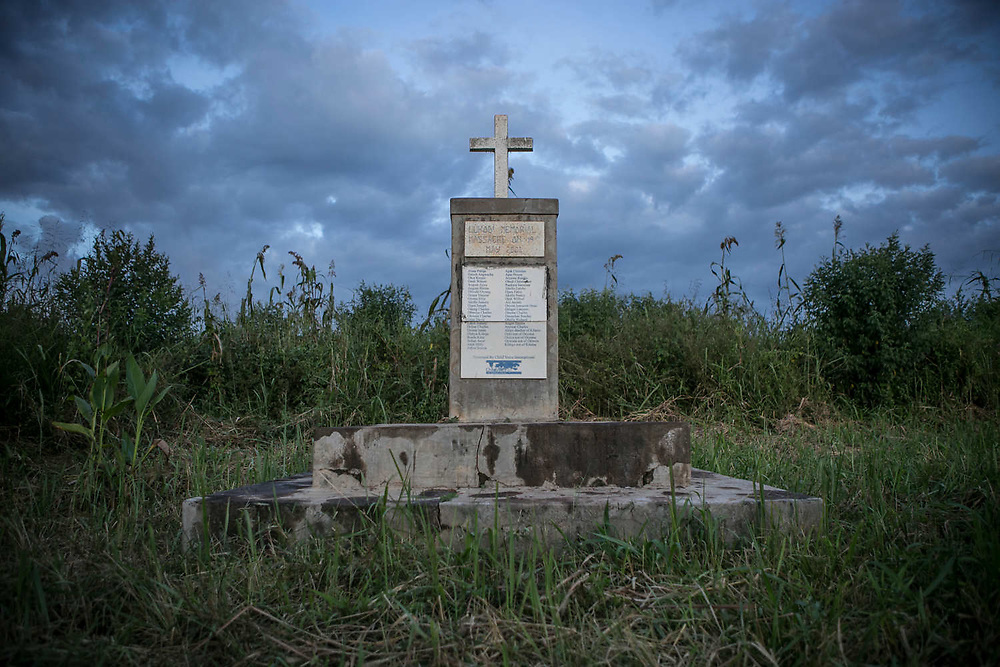